But watch thou in all things, endure afflictions, do the work of an evangelist, make full proof of thy ministry. (2 Timothy 4:5)

When the Apostle Paul wrote these words to Timothy, he had something else in mind besides proofing text. Nonetheless, this past month has been a month of just that: proofing text.

For the past two months, Ralph has been working hard to convert the English, Russian, Ukrainian, and Spanish texts of Bible First into Markdown format. This is important because we intend to use the text online in the future, and it also allows us to put the text under version control. (If you want to know what that is, be sure to read Josh's article about Ralph.) Once the text has been converted, it has to be proofed for errors introduced by the conversion process, as well as for mistakes made by the translators. 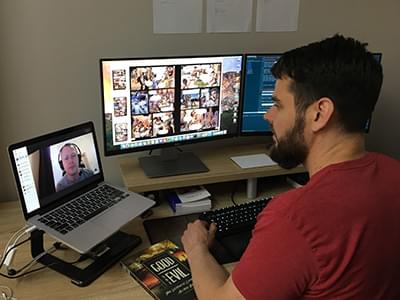 Josh and I proof Chapter 3 of Good and Evil via Skype.

I'm excited to announce that Anatoli and Anastasia Zhylavy have joined the ETO Team! I personally have known them since they were teenagers, and if you'd like to get to know them, you can visit their page on ETO's website. Initially, Anatoli's main responsibilities will be the re-translation of Bible First and Good and Evil into Ukrainian. 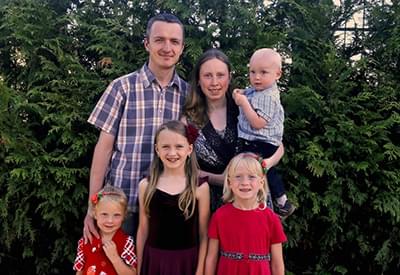 Katelin's cast has been off for a month now, and life has pretty much returned to normal, except that she tries to avoid long walks and/or heavy loads. For which I am very thankful. I much prefer being Mr. Dad to Mr. Mom!