If I were to rank the all the books I've read in terms of the impact they have had on my life, a book titled By Divine Design would definitely be in the top three. I'm excited to report that we have recently started translating it into Ukrainian!

Despite being fluent speakers of Ukrainian, we don't actually do the translation ourselves. Instead, we hire a translator to do the work, and the result is a text that sounds much more like it was written by a native speaker. But that doesn't mean that Josh and I are off the hook! We read through the translation, comparing it with the original, making notes on the spots that didn't quite get translated right, and then sit down with the translator to sort them out. And since By Divine Design contains a lot of higher-level language and concepts, there is a lot to do! Take this closing thought from Chapter One as an example of one of the more thorny spots for a translation team: "In forming this independent soul and then releasing him to his own cognizance, in a real sense, God had entrusted His sovereignty to this man and his descendants. This and all that would result from it were and are by Divine design."

We are continuing to make progress on different web development projects. Sometimes it's "two steps forward, one step back", but the good news is that we are still moving in the right direction.

Not much to report on here. Except for a couple sniffles, we are happy and healthy, and life continues on! 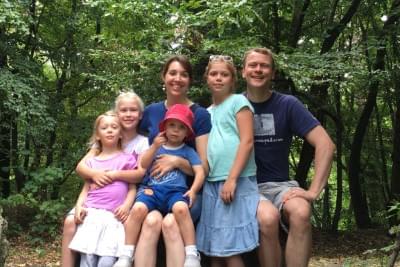