It's hard to believe it's been nine months since our last update! A lot has happened since then, so I'll do my best to bring you up to speed, without getting too long-winded!

We were already planning to come back to the States for a furlough in March, and when the rumblings of war with Russia began to get louder in late January, we decided that the better part of wisdom might be to leave a bit earlier, just in case. So we wrapped up all our affairs, put our belongings in storage, said our goodbyes, and left Ukraine on February 15. Nine days later, we watched in disbelief as Russia invaded the land we had called home for over a decade.

We spent our first month in America in Houston. One of our priorities was to spend time with Katelin's grandfather, who subsequently passed away while we were in Colorado. God also provided a place for us to live in the Houston area that would come available in July.

We then flew to Colorado, where we reconnected with family and friends there. Among other things, we purchased a van, which has served us well. One of the highlights of our time in Colorado was attending the wedding of my youngest brother, Joseph. Right after the wedding, we were able to take part in Rocky Mountain Outreach, a spin-off of Carpathian Mountain Outreach (CMO), that is organized by a group of CMO alumni. 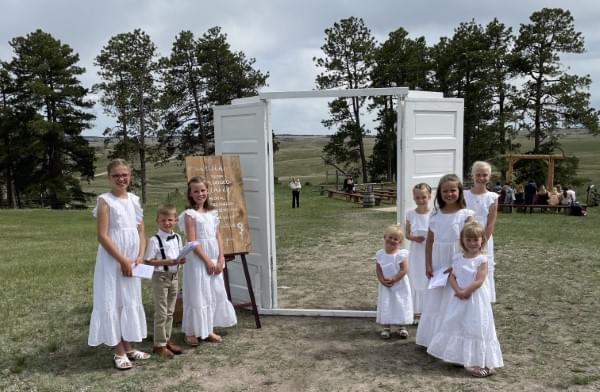 Handing out wedding programs with the cousins!

It was then time to pack ourselves up once again. Katelin and the kids flew to Houston, while I drove there with our stuff. It took a couple months to get completely settled in to our new house, but it has been nice to have a place to call home.

When the war broke out, the Steele family evacuated to Slovakia. They would like to return to Ukraine in the spring, and they hope to have acquired Slovak residency by then, which would allow them to return to Slovakia if things take a turn for the worse in Ukraine.

Serhii Chepara was not allowed to evacuate because of a law preventing draft-eligible men from leaving the country, so his wife, Natallia, and their children left Ukraine on their own and eventually wound up in Germany. For a while, Serhii kept our on-the-ground ministry operations going, but was then drafted and is currently serving in Odesa.

Tanya Gerasimova is a good friend of ours and the newest member of the team. She has filled in most of the gap that Serhii left when he was drafted.

Remember Denise Hutchison? (Except that she is Denise Ireland now!) When she got married and left town, she had to stop running the correspondence course. But now, people can take the course online, and most of our students do just that. So when Serhii got drafted, Denise jumped back into the fray and is helping Tanya with the grading of the online students.

Bible First: Thanks to Serhii, and now Tanya and Denise, Ukrainians are still able to study the Bible via our correspondence course, Bible First.

Good and Evil: Back in 2018, we printed five thousand copies of Good and Evil. At the beginning of the year, there were still two or three thousand left, but they were quickly distributed once the war began. We were approached by another ministry, which offered to finance the printing of fifteen thousand copies of Good and Evil, if we would handle the printing and distribution. About two weeks ago, the books were delivered to a storage location just outside of Lviv. Pray that God would bless the distribution of these books, which will likely primarily take place via different organizations and churches that are providing humanitarian aid to those impacted by the war. 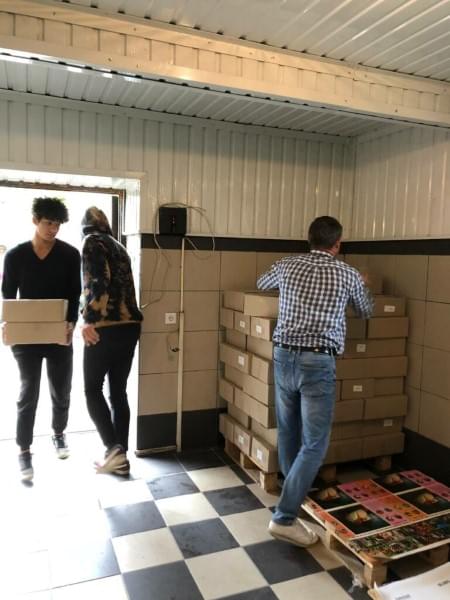 The books are stacked at the storage location.

Web Development: Bible First is currently available online in Ukrainian and English. However, there are three other languages that are in the final stages of completion: Spanish, Russian, and French. We decided to start with Spanish, as it is the one that is the closest to being ready to go. Josh Steele and I have been working on that recently, and have made good progress.

Leaving Ukraine for an extended period of time was hard, especially for the kids. For them, Ukraine is home, and it is where their friends are (or were). The good news is that America has become more "homey" over time.

Regarding our family's future, the big question is if and when we will return to Ukraine. The short answer is that it's too early to say. The long answer is that while our furlough would be over next summer, the war in Ukraine has complicated things. There are a couple things I will be keeping my eye on: the Steele's potential return to Ukraine in the spring, and CMO. If the Steele's return to Ukraine goes well, it will likely be followed by a CMO. If there is a CMO, I plan to be there for it, and it would double as a scouting trip for our family's potential return.

I think that's about it! That was a long update, but we had a lot of ground to cover. Thanks for continuing to pray for our family and ministry, and hopefully the next update won't be so long in coming! 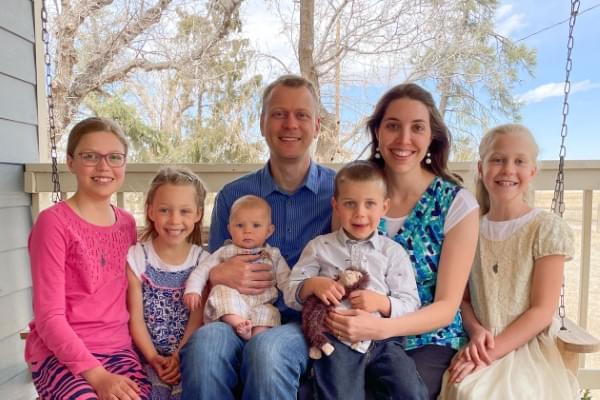 Be sure to pop over to the About Us page to snag a copy of our newest prayer card!